AU Collaboration  Conferences The Greeks in the Far West Symposium

The Greks in the Far West Symposium

The Greeks in the Far West Symposium

To the Ancient World Iberia lay at the farthest extent of the known world – a mythical El Dorado, the home of the silver king Arganthonios and site of the most far-flung exploits of Heracles on the island of Erytheia. During the Seventh and Sixth Centuries BC the Rhodians and Phocaeans established a string of colonies along the Levantine coast the identity and historicity of which remain elusive.

Ancient Iberia remains peripheral in modern perceptions of the Classical World – the Greek colonies are overlooked in favour of their Phoenician neighbours and isolated from the scholarly developments taking place in Magna Graecia. The goal of this conference is to bring together scholars to explore the impact of Greek colonization on the Iberian Peninsula in comparison with other areas of the Western Mediterranean and drawing upon recent developments in the study of identity, colonialism and regionalism. 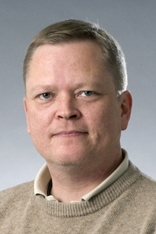