AU Collaboration  Conferences Luther from the Subaltern – the Alternative Luther

Luther from the Subaltern

Under this heading a group of 30 international researchers will meet at Sandbjerg, 29-31 October 2015. The aim is to bring in aspects to Martin Luther’s theology that are otherwise neglected or under-represented.

As the 500 Anniversary of the Reformation in 2017 celebrating Luther’s posting of his 95 theses against indulgences and abuse on 31 October 1517 is getting close, an increasing number of seminars are taking place and concurrently an increasing number of monographs and anthologies are being published both nationally in Denmark and globally. However, most of these seminars and publications have one rather remarkable deficit: they do not address or they only scantily address the questions of Luther’s view on and relation to women, the relation between Luther’s theology and women’s roles, and the relation between Luther’s theology and the third world. This research group meeting will address this deficit by discussing the “alternative” Luther perceived from the subaltern (Spivak), from those voices of the “lower-ranking” who are not heard as often. Hence, one focus of this meeting will be to discuss the newest theories and methods, such as those within feminist and post-colonial paradigms, in order to highlight Luther-studies from new perspectives. 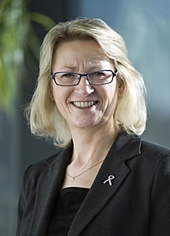