AI and the Humanities

9 panels have been planned – see below. We welcome suggestions for further panels. Feel free to contact the panel chairs for further information.

When--and it increasingly appears: only when—artificial agents become physically embodied, they can become “socially interactive” agents in the full sense, working on all dimensions of pre-conscious and conscious social cognition.  This panel will raise and address the following three questions: (1)  relative to the current state of the art in HRI (Human Robot interactions), do we have reasons to expect  profound changes in our understanding and experience of sociality? (2) Integrative Social Robotics (ISR) is a method (“R&D paradigm”)  that integrates the Humanities in technology development—how does it work, what are the core tasks of Humanities researchers in this model? (3) Given the practical relevance of Humanities expertise for responsible technology development in social robotics (and elsewhere)—what are the greatest current obstacles for communicating the message?

This panel will explore possible interrelations between ecology and artificial intelligence. Even though ecology and AI seem to be operating from within opposing philosophical paradigms, the focus of this panel is to examine the extent to which ecological thinking – as a mode of thinking beyond autonomous individuals – could constructively feed into AI-research and how AI in turn impacts ecology.

Automation plays an increasing role in text production. Its impact is felt in translation and news media, as well as in the rise of grammar assistants and text generators that more and more seem to appear creative. This panel will discuss how automated writing changes fields, offers new perspectives for creativity and quality, and how automated writing can be studied across disciplines.

The proposed themes in this panel are how the application of AI-based technologies might (1) impact the fields of creativity and/or art-making on the level of production aesthetics (new formats, practices, audience relations, etc.); (2) reconfigure our various notions of creativity and all the practices that are subsumed under these notions; and (3) influence broader discussions concerning for instance the future of work (automation, robotisation, etc.) and our societal frameworks (e.g. legal issues concerning ownership and intellectual property, taxation, labor rights, etc.) that also follow from the potential disruption of the cultural and creative industries as ecologies of production.

This panel explores interrelations between artificial intelligence and contemporary visual culture. Today, AI image analysis and image generation flourish in several different domains (e.g., news imagery, transport, artistic practice, private photography, the culture industry, policing). The panel investigates how AI (possibly) transforms our conception of vision, our use of images, and image technologies’ use of us. While the distributed ecologies of AI images cut across traditional borders such as visible/invisible and human/machine, the panel especially welcomes papers that analyze concrete AI image practice(s) and discuss their possible cultural implications.

AI and the Social Sciences

Since its inception in the 1950s research on artificial intelligence has gone through its ups and downs (AI summers and AI winters), which have been largely affected by hopes or disappointments of its main founders: military and business. Initially AI developed in close proximity to cybernetics, cognitive psychology, systems theory, game theory, symbolic logic, information theory: sciences that refer to computer as a research device or as a metaphor. Steadily ‘artificial intelligence’ itself has become a culturally and scientifically fruitful metaphor. The term also stands for technologies of automated decision-making and problem solving or for the newest techniques of data analysis (such as machine learning or deep learning), which start influencing science across all disciplines. The aim of the panel is to explore diverse ways in which AI has transformed the social sciences (e.g. economics, political science, sociology, anthropology) conceptually, theoretically, and/or methodologically. We also invite science and technology scholars and political economists to reflect on how the funding and economic structures have shaped the development of AI technologies.

How do we mobilize AI to generate genuinely new knowledge and, more broadly, new behaviors? Across their modes of operation, it seems fair to say that closed circuits of AI will project past solutions into the future. Algorithms tackle problems according to preprogrammed logical procedures, and neural networks match new situations with the patterns they have extracted from masses of old ones. In this panel we shall therefore examine how it is possible to generate new patterns – that is, to move into the spere of becoming – by integrating circuits of AI. Was Henri Bergson right in thinking that the intellectual sphere, which may be extendable into the calculation of AI, was alien to the potential of becoming, and accordingly that the genuinely new knowledge may only emerge, when AI circuits are broken open to the material surroundings and integrate their agencies, e.g. in Latourian networks of actors? Or may the new also emerge inside the circuits themselves, for instance through the indeterminacy of quantum computing? In this panel we welcome philosophically oriented contributions that reflect on AI’s role in mediating between past and future.

What is learning doing in AI and Machine Learning?

In this panel, we shall dive into the very basics of how we may understand the concept of learning in machine learning when compared to human learning. Debates in the educational sciences, anthropology and psychology as well as the technical sciences acknowledge some connections between backpropagation and pattern detection in for instance “deep learning” theory and human learning. What are these connections and how do they connect to the learning theories proposed for human learning in for instance cultural models theory, distributed cognition, activity theory and theories of correspondence and undergoing? Our point of departure for the discussion is that AI and Machine Learning can bring new dimensions to and enhance our basic understanding of human learning. Likewise, our cultural theories of human learning as distributed and extended into a material world may bring new insights to the potentials and limits of AI and Machine Learning.

Fiction has long been imagining a posthuman or even transhuman future where artificial intelligence in the form of cyborgs and more-than-human machines expand human possibilities or transcend the limits of the human animal. AI is used by posthuman theorists to question humanist ideals of progress and at the same time also used by transhumanists to suggest the culmination of humanist aspirations in the cyborg. In a posthuman context, AI literature enters a discourse that unseats the human as the only rational and language-capable animal thereby upsetting human hierarchies and the various binaries upheld through humanist thought.

Works of poetry and fiction have been a site for questioning the ethical underpinnings of developments in AI and imagining the subjectivities of the cyborg or other forms of AI. AI literature questions the past and future of human knowledge and introduces questions around what it means to be human and who the rights and privileges of this legal status should be extended to and excluded from. AI have also been a site from which explorations of other human alterities emerge including questions of sexual orientation, racial marginalization, animal studies, disability work, and aging research. Literary production itself is now a site of inquiry in AI studies as a Japanese AI has written a novella, the Hoshi Shinichi Prize-nominated The Day a Computer Writes a Novel (2016) and in 2021 the first full-length AI written novel, The World From Now On, by a Korean AI author named Birampung.

Thus, literary criticism and literature about and by AI are a rich archive of recording and imagining the past and possible futures for AI, literature, and the human-machine relationship. Approaches to the study of literary works might include theory and criticism on the cyborg, feminism, and Marxism via Donna Haraway’s Simians, Cyborgs, and Women: The Reinvention of Nature (1991); posthumanism and/or transhumanism via Cary Wolfe’s What is Posthumanism? (2010) or Rosi Braidotti’s The Posthuman (2013); or discussions of the agency of the non-human via Jane Bennett’s Vibrant Matter: A Political Ecology of Things (2010). Literary works to consider might start with classic texts of science fiction such as Isaac Asimov’s I, Robot (1950), Philip K. Dick’s Do Android’s Dream of Electric Sheep (1996), or William Gibson’s Neuromancer (2000); Japanese or Korean works such as Kazuo Ishigura’s Klara and the Sun (2021), Hiroshi Yamamoto’s The Stories of Ibis (2006), or Un-Su Kim’s The Cabinet (2021); or works that explore the ethics and applications of AI to weapons, industrial labour, or alternate realities in works such as Ruth Ozeki’s A Tale for the Time Being (2013), Richard Powers’ The Overstory (2018), or Larissa Lai’s Salt Fish Girl (2008)or Automaton Biographies (2009), and any number of other authors or works invested in the ethical and practical applications and questions of AI in literature and beyond.

More and more humanities disciplines have either a necessary involvement with Artificial Intelligence and machine learning as their subject is changing as new technologies are implemented, or the disciplines can see methodological opportunities arising from AI/ML.

Robotics, social media, and automated translation are just a few of the subjects where arts and humanities cannot in good faith avoid dealing with ethical issues, understanding of technological development, and cooperating across disciplines and institutional boundaries.

The pace of development is also striking, e.g. automated translation is very different from what it was just five years ago and radically changes the perception of the field. This makes it acute for humanities disciplines to understand the changing conditions for knowledge production, practices in the field, ethical challenges as well as new opportunities that arise.

This two-day conference is organized around eight open panels that address key subjects in the intersection of humanities and AI. Proposals for further panels are welcome. See descriptions in the menu to the left. Remote participation is possible.

This conference invites papers that address these issues of humanities involvement in AI/ML, both constructively and critically, across a range of topics.

Submit 200-300 words panel proposals and abstracts to kb@cc.au.dk along with a short cv. Please specify which panel you wish to participate in.

Suggestions for new panels: May 1 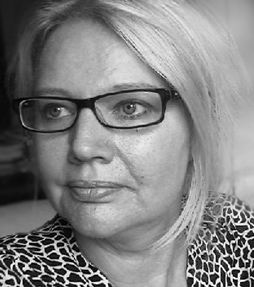 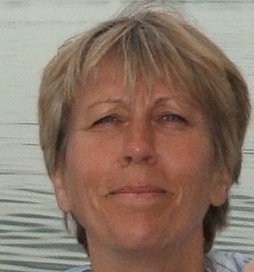 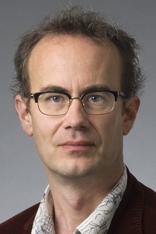